Though some of these sites resemble social networks like Facebook more than traditional how-to tutorials, the main idea of all these sites are same. They share the revenue with users who create content which includes videos, photo, and texts.

Bonzo Me is a social network that says it compensates users for creating videos or watching commercial videos. Launched in 2014, Bonzo Me is available as a free mobile app for both iPhones and Android devices.

GetGems, another service launched in 2014, is a mobile messaging app that wants to take bitcoins into the mainstream by making using the digital currency as easy as sending a text message. This app is a cross between WhatsApp and a Bitcoin wallet. Users earn “gems” on the network, and those gems can be swapped for bitcoins and exchanged for value with other users via simple text messages.

The Tsu social network launched publicly in October 2014 and has gotten a lot of media attention for its hybrid model of sharing ad revenue with users. In addition to giving people credit for how many pages views their content receives, Tsu also compensates content creators for recruiting newcomers to join the site. Its affiliate revenue formula resembles a pyramid, where people “upstream” from new recruits get compensated, even if they did not directly recruit the new user.

Update: Tsu is no longer active.

Bubblews is a social network that pays people who contribute to the site based on how popular their content is – in other words, how many other people view their content and interact with it by commenting or taking other actions. Like Tsu, it’s based on advertising revenue. While it’s unclear what percentage of the site’s total revenue gets shared with users, the site says each content creator typically gets about a penny for each page view or interaction with their content.

Update: Bubblews is no longer available.

Persona Paper appears to be a copycat service that launched in 2014 with the stated goal of rewarding members for content they post to the network through a share of the site’s advertising revenue. Personal Paper’s interface is fairly simplistic and rough around the edges. The idea, of course, is similar to other, more fully fleshed out networks like Tsu that aim to compensate content creators by paying them.

But Persona Paper illustrates the challenges that content creators face in trying to judge which services are legitimate businesses and which are simply software scripts thrown up on the Web without necessarily having a solid business plan to back them up. Content creators would be wise to search the Internet for user reviews of all these services before investing much time in trying to build a network on any of them.

New copycat services are popping up every month, promising to pay users to create content on their networks. One example is Bitlanders, another digital currency social network where users earn the equivalent of bitcoins for posting content and engaging with other users’ content.

Creating new revenue-sharing business models is hard work, though, so you should expect to see much more of these social networks launching, tweaking their software and changing their business models as they experiment with new and different ways to pay users. 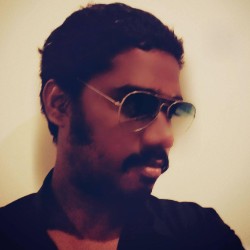 GeneratePress: Fastest and Lightweight WordPress Theme for Every Project. (Recommended)

Grammarly: Write without any grammatical errors. Get Best Discounts now!

WPForms: Best Form Builder. Get Up to 50% Discount.Recommended