Do you know that you can get blogging lessons from Steve Jobs?

Check out this post and learn about the powerful blogging lessons from Steve Jobs.

Take your iPhone out of pocket and take a look at it. (Don’t worry if it’s Android, a Xerox copy will serve well!)

The device that you are holding in your hand is not just a gadget.

It is a revolution. A revolution that changed the whole mobile phone industry.

Thanks to Steve Jobs.

He wanted to put a ding in the universe and he did put a big one. He revolutionized music, movies, computers, phones, and tablets.

All this required a lot of creativity, effort, focus, and persistence. I think we bloggers can definitely learn a bit from him.

So, here are 4 unmissable blogging lessons learned from Steve Jobs.

Be a yardstick of quality. Some people aren’t used to an environment where excellence is expected.

6 weeks before the launch of the iPhone, Steve Jobs noticed that his iPhone had scratches. This happened because he had put his keys and phone in the same pocket.

What would a CEO have done in this scenario, just 6 weeks from a major product launch?

Yes, they would have left it for the next model. After all, keys were not their responsibility.

But Steve decides to replace the plastic with scratch-proof glass. And in six weeks, Apple didn’t only find Corning Glass(known as Guerilla Glass) but also put it on phone.

That was (and is) their level of obsession with quality. And that is one of the reasons why it is hard to match Apple.

Blogging Lesson: Do not publish posts just for the sake of publishing. If a post lacks something, work on it until you are satisfied. Be the yardstick of quality!

But who does this? This is madness! I don’t want to spend so much time on a single post.

Isn’t that what you are thinking?

I won’t give any arguments here. I’ll just show you one blog where 25 hours are spent on a single post. (Yes, that’s twenty-five, not two points five!). After that, you may decide whether you want to go after quality or quantity.

You Do Not Need To Be The First

Most of us bloggers treat blogging like a race. We want to find the next best thing.

The next best plugin for conversion, the next greatest traffic attraction tactic and so on!

But is all of this so necessary?

You do not need to be first with anything, you just need to execute it really well.

Remember the iPod? It was not the first portable music player in the market, yet wildly popular.

Or iPhone, which is one of the most popular and fastest-selling smartphones? Again, Apple was not first to the market with a phone.

How about the iPad? Did Apple make the first tablet? Again, no! Microsoft and others were trying to do that for years with little success.

Apple entered the market and just shook the whole industry. Just see how things changed after Apple introduced the iPhone:

Blogging Lesson: Do not run blindly after every new technique or formula that you discover. Whatever you do, put full effort into it.

Not comfortable with guest posts? Then do not a guest post. Go with comments.

Do a few things, focus on them, and do them better than others.

Apple was the first company to bring the Graphic User Interface to the consumer market. But they did not invent it.

It was Xerox’s idea.

Xerox just sat on it and didn’t do anything to popularize it.

Now, funny thing is, Xerox behaved exactly like many of us behave. We have wonderful, magical post ideas but do not execute them. We let them go unused. And later, we pay the price.

Blogging Lesson: Do not keep sitting on ideas. If you have something in mind, try it, polish it and implement it. Have a great post idea? Don’t wait for the magic to happen, write it and post it!

After all, the best blog post in the world is of no use if it sitting in the “Drafts” section of your blog.

Be a real blogger, publish posts. Don’t be afraid of results.

Steve Jobs did many great things but…..

I can’t help but remember this great quote from Game Of Thrones: My brother once told me that nothing someone says before the word ‘but’ really counts.

Now on with what counts: I can’t do because Steve Jobs had resources to do all this.

You had this exact thought in mind, didn’t you?

When Apple was a 2 man operation, Steve Jobs paid this much attention to detail. Take a look at Apple 1, first-ever Apple product. The circuit board is much cleaner than other computers of that time.

Even after losing a billion dollars, he risked a lot to start NeXT.

In 1998, when Apple was about to sink, Steve still paid attention to quality and launched products like iMac and iBook.

He didn’t need cash or anything else. It was all in the mind. He had the mindset to think differently. And this set him, leagues, apart from the competition.

Blogging Lesson: You do not need the resources, you do not need a big pile of money. All you need is the mindset, the ability to think differently from the competition.

That’s all about the powerful blogging lessons from Steve Jobs.

You can easily be the best blogger in the universe. Just think different.

What are you waiting for?

Go and put a ding in the blogging universe. 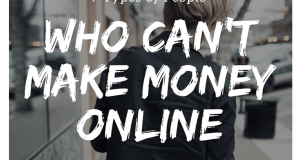 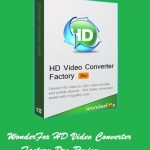