Home
>
Blogging
>
The Most Harmful Blogging Advice You Get in 2020

Do you know about the harmful blogging advice you get?

Check out this post and learn about the harmful blogging advice you get.

I am going to use the worst kind of post-opening, but I see not another way. It is the opening with the dictionary definition of a word. Here it is:

modest: Unassuming or moderate in the estimation of one’s abilities or achievements.

Guess what, a lot of us are taught to be modest. You know, not brag about ourselves and all that stuff.

While that may work well in life, it will not work here, on the internet!

The Most Harmful Blogging Advice You Get

I recently learned this lesson on Facebook(the last place I’d expect to learn a lesson on, but I still did!)

A few weeks ago, I had a small debate with a friend of a friend on Facebook. Same old iPhone vs Android debate(Seriously, how long will it take Android users to realize that iOS has better User Experience! Let’s leave it for later, though).

The person on the other side insisted that Android was somehow better because of being open source and having a large number of phones in the market!

He started with an illogical statement like “iPhone users have to pay for each upgrade” and stuff(Fact: I never paid for iOS upgrade, neither did any iPhone user!). And later, he came down to personal stuff. He demonstrated his abilities by talking about his own version of Linux and how he was that stuff.

I was being modest, not saying personal things and staying on the topic of discussion!

And guess what was happening:

He was getting worse every moment.

Finally, I decided to brag a bit. And here is what I wrote(he had written “Ohh god who am I telling to” in one comment addressed to me!):

Regarding “Ohh god who am I telling to”, you were TRYING TO tell to a 19-year-old girl who started her first business at 16, started first profitable one at 19, earns [Rs.]30K per month while topping his class, has an iPhone 6S, has sense enough to not waste time on making own versions of Linux which will be used by merely few people in world.

Guess what happened after this?

The guy completely stopped, humbled down and started showing respect. The debate ended right there. Nothing else after that!

If I had not said this, what would have happened?

But a little bit of bragging ended it all.

We are asked to “Be Modest”. Our parents tell that teachers tell that and books to tell that. In stories, modest guys always win. Almost always.

But everyone is forgetting that this is the internet. Here, everyone is anonymous and they are using this to attack others. They are just like high school bullies, but you do not have a teacher to complain to.

And bullies are not the only ones you need to worry about. They are your blog readers as well! You need to tell them what you have done and what you can do.

In this scenario, you can not be modest.

You have to show what you have done.

That is the only proof you have.

Show your readers what you have done, what you are doing.

Be transparent and get a following!

Go outside and Don’t Be Modest. That’s the harmful blogging advice you get. 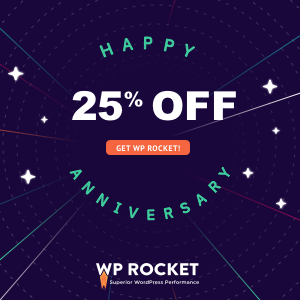